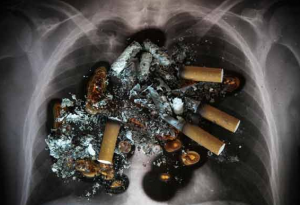 About 90 percent of the money Americans spend on food goes to buy processed food. What’s worse, new research shows that, astonishingly, more than half—nearly 60 percent, in fact—of the food Americans eat is ULTRA-processed.

Basically, half of what the average American eats in any given day are convenience foods that can be bought at your local gas station.

Moreover, those ultra-processed foods account for 90 percent of the added sugar consumption in the U.S.  Data from a nationally representative food survey was used for this study, which found that:

The dangers of eating too much added sugar have been well-established, and have even become officially recognized. For the first time ever, the 2015-2020 U.S. dietary guidelines now recommend limiting your sugar intake to a maximum of 10 percent of your daily calories.

Decreasing sugar consumption is indeed at the top of the list if you’re overweight, insulin resistant, or struggle with any chronic disease. Research has shown that as much as 40 percent of American healthcare expenditures are for diseases directly related to the overconsumption of sugar.

More than $1 trillion each year is spent on treating sugar and junk food-related diseases, which runs the gamut from obesity and diabetes, to heart disease and cancer.

According to a report on the global cancer burden, published in 2014, obesity is responsible for an estimated 500,000 cancer cases worldwide each year. A more recent British report estimates obesity may result in an additional 670,000 cancer cases in the U.K. alone over the next 20 years.

For over half a century, nutritional guidelines have focused on cutting saturated fats and cholesterol, and we now know that this was a very serious mistake.

As fats were removed from processed fare, the sugar content increased (to make the food palatable), and sugar is the real culprit of virtually all diseases previously blamed on dietary fats.

What is Ultra-Processed Food?

Anything that isn’t directly from the vine, bush, tree, or from the earth is considered processed. Bread and pasta, for example, are processed goods. Ditto for anything canned or frozen.

Depending on the amount of adulteration the food goes through, processing may be considered minimal or significant. “Ultra-processed” foods are at the far end of the significantly altered spectrum.

Not surprisingly, the authors of the featured study concluded that: “Decreasing the consumption of ultra-processed foods could be an effective way of reducing the excessive intake of added sugars in the USA.”

On a positive note, the researchers also found that there were significant differences in how much ultra-processed foods people ate.

One in 5 people (about 60 million Americans) actually got more than 70 percent of their calories from real food (i.e. unprocessed or minimally processed), and only 30 percent from ultra-processed fare.

As noted by Time Magazine: “7.5 percent of the people with the lowest processed food consumption actually met the federal dietary recommendations of eating no more than 10 percent of daily calories from sugar.

So there is a ray of hope. In my view, eating a diet consisting of 90 percent real food and only 10 percent or less processed foods is a doable goal for most that could make a significant difference in your weight and overall health.

I realize for many  this is a challenge, but I know it is doable. Unless I’m travelling, my diet is very close to 100 percent real food, much of it grown on my property. One just needs to make the commitment and place a high priority on it.

Carb-Rich Foods are As Risky As Cigarettes

In related news, research suggests refined non-vegetable fiber carbs such as potatoes, bagels and breakfast cereal are as risky as smoking, increasing your risk for lung cancer by as much as 49 percent.

Your risk is particularly high if you’ve never smoked. Among smokers, eating a high glycemic diet was associated with a 31 percent increased risk for lung cancer. As reported by UPI:

“A high glycemic index, a measure of the effect of carbohydrates on blood sugar levels, was linked to a greater chance for developing lung cancer, researchers at the University of Texas MD Andersen Cancer Center found…

Foods such as white bread and puffed rice cereal are highly refined, which is why the researchers suggest swapping them out for whole-wheat or pumpernickel breads and pasta.

“The results from this study suggest that, besides maintaining healthy lifestyles, such as avoiding tobacco, limiting alcohol consumption and being physically active, reducing the consumption of foods and beverages with high glycemic index may serve as a means to lower the risk of lung cancer,” Dr. Xifeng Wu, a professor of epidemiology at the University of Texas, said…”

High glycemic foods, i.e. refined carbs high in sugar, promote insulin resistance and obesity, and this isn’t the first time a connection has been made between a high-sugar and/or obesity and cancer.

In fact, cancer specialists who discussed the cancer trend at the 2015 American Society of Clinical Oncology conference in Chicago warned that obesity will likely overtake smoking to claim the lead spot as the principal cause of 10 different types of cancer within the next decade. Obesity is also associated with worsened prognosis after a cancer diagnosis, raises your risk of dying from the cancer treatment, and raises your risk of additional malignancies and comorbidities.

Half of All Americans are Pre-Diabetic or Diabetic

Other recent research suggests that nearly half of all adults living in California now have diabetes or prediabetes, and most are not even aware of it. (For a list of pre-diabetes and diabetes rates by county, see the original news story.) According to Harold Goldstein, executive director of the California Center for Public Health Advocacy which commissioned the report: “This study is a wake-up call that says it’s time to make diabetes prevention a top state priority.”

As reported by Marinij Health:

“Nationally, diabetes rates have tripled over the past 30 years. In California, the rate has increased by 35 percent since 2001…Some health experts say one way to address the diabetes epidemic is to impose a tax on sugary beverages. Berkeley became the first city in the country to pass a soda tax in 2014, but similar efforts have repeatedly failed in the Legislature…

[H]owever, two legislators — Democratic Assemblymen Jim Wood, of Healdsburg, and Richard Bloom, of Santa Monica – [have] proposed a “health impact fee” of 2 cents per ounce on sugar-sweetened sodas and other drinks. And last month, a Field Poll about childhood obesity-prevention policies showed more than 7 in 10 of voters polled believe there’s a close link between a child regularly drinking sugary beverages and diabetes.”

In 2008, pre-diabetes and diabetes affected 1 in 4 Americans. Then, research published last year which looked at data up to 2012, found that HALF of all Americans are now either pre-diabetic or diabetic. In all, 12 to 14 percent have full-blown diabetes, and another 38 percent are pre-diabetic. So California is not unusual in that sense. Moreover, as in California, African-Americans, Hispanics, and Asian-Americans are nearly twice as likely to have diabetes as Caucasians.

Why Diabetes is Such a Dangerous Disease

Diabetes has become so common that many don’t even bat an eyelash anymore, but this is a serious mistake. Aside from the potentially deadly side effects of diabetes drugs, which I’ve covered in previous articles, the health complications that diabetes fosters are many, including but not limited to the following:

What’s the Key to Resolving Insulin Resistance and Diabetes?

The answer can be summarized in three words: Eat real food. Intermittent fasting, or the more accurate term, Time Restricted Feeding (TRF), can also be helpful. When you fast, your liver burns off the available liver fat, and by temporarily depleting your liver fat stores you restore metabolic stability to your liver and improve hepatic insulin sensitivity.

Exercise is also an important component. Studies have shown that exercise is beneficial and increases insulin sensitivity, whether you lose weight or not, and even if you’re physically active as little as 2.5 hours a week can be beneficial. When it comes to diet though, the long-term and most sustainable answer is to simply cut way down on ultra-processed foods, and to think of “diet” in terms of unprocessed whole foods, with which you then cook from scratch.

Truly, a major part of the problem is that so few people take the time to cook their own meals anymore. But relying on a “gas station diet” of ultra-processed foods is a recipe for insulin resistance, obesity, and related diseases that will ultimately cost you a fortune in medical bills and shorten your lifespan.

When you consider the ultimate, long-term price tag of all this convenience food, the time you invest in cooking will pay tremendous dividends. Remember if you want to be healthy, you or someone you trust needs to spend some serious time in the kitchen preparing your own food.

If you’re insulin/leptin resistant, have diabetes, high blood pressure, heart disease, or are overweight, you’d be wise to limit your total fructose intake to 15 grams per day until your insulin/leptin resistance has resolved. For others, limit your daily fructose consumption to 25 grams or less. This can be pretty difficult unless you eat real food, and the reason for this is because ultra-processed foods are eight times higher in sugar than minimally processed or unprocessed foods.

Since you’re cutting a lot of energy (carbs) from your diet when you eliminate processed sugars and grains, you need to replace them with something better, including:

Good sources include coconut and coconut oil, avocados, butter, nuts, and animal fats. Remember—fats are high in calories but small in volume, so when you look at your plate, vegetables should be the largest portion by far, as they are not calorie dense.

You can reseed your body with good bacteria by regularly eating fermented foods (like fermented vegetables, especially fermented with starter culture that has strains that produce vitamin K2, natto, raw organic cheese and miso) or by taking a high-quality probiotic supplement.

Recent research also shows that increasing your fiber intake can help prevent diabetes. In this study, those who had the highest intake of fiber (more than 26 grams a day) had an 18 percent lower risk of developing type 2 diabetes than those with the lowest intake (less than 19 grams a day).

One way that a high-fiber diet may be protective against obesity and diabetes has to do with your intestinal bacteria’s ability to ferment fibers. When you eat foods high in fermentable fibers, such as cabbage, beans, and other vegetables, the bacteria in your intestines ferments them into butyrate and propionate, which are short-chain fatty acids (SCFAs) involved in sugar production.

Just be sure to get most of your fiber in the form of vegetables, not grains, and focus on eating more vegetables, nuts, and seeds. The following whole foods, for example, contain high levels of soluble and insoluble fiber.